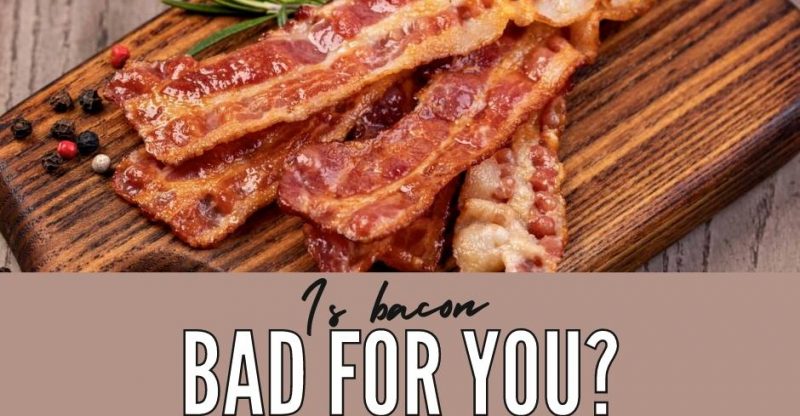 Home
Bacon
Is Bacon Bad for You?
ShareTweet

Is Bacon BAD for You?  That’s a good question!

There are many opinions on this subject and I do agree that large amounts of bacon should not be eaten on a daily basis; nevertheless, I think we should take a closer look at what people are saying.

Bacon is pretty much a staple in a lot of households in the world.  People put it in all kinds of dishes or just cook it up and eat it all by itself.  I have nothing against a good piece of bacon, but I am leery about the fat content.  Especially pork bacon, as you can see a lot of the fat through the packaging itself.  There are different types of bacon, like Turkey bacon, that a person eats as a substitute and is a lot healthier. Did you know that there are 20 types of bacon in the world?  Hence the word “types”, as these are not all the bacon you have grown up with.

There are a few other bacon’s out there that most of us haven’t tried yet, like Lamb bacon or Beef bacon.

What about the nutrition facts on bacon? Well, here is a current run-down on what that numbers are:

Per serving (about 4-5 slices): 233 calories, 15 g protein, 11 g carbohydrate, 14.5 g fat, 3.3 g saturated fat, 6.5 g monounsaturated fat, 4 g polyunsaturated fat, 130 mg cholesterol, 4 g fiber, 775 mg sodium. For someone watching what they are eating, this probably isn’t a recommended choice of meat.  If you must have bacon, try going to find the center-cut slices, such as the Oscar Meyer brand.  These numbers are for pork bacon, but there is an alternative you can have, which would be Turkey bacon.

Turkey bacon is made by grinding a mix of light and dark turkey meat (and skin), adding different seasonings (and preservatives), and then it’s pressed into bacon-like strips.  You can also cook this bacon just as you would the pork bacon, this includes microwaving it too.  Below is a chart of the differences each one has, as far as carbs, fats, proteins and sodium is concerned.  As you can see, there is quite a jump in numbers from the Turkey bacon and Pork bacon.  Keep in mind, this is only for Turkey and Pork, the other types of bacon mentioned above, will have their own list to take a look at before indulging in them.  You want to make sure, if you are dieting, what the restrictions are for carbs, sodium and calories.  Some of the ones mentioned are higher than what is below; especially those made with other spices.

Sometimes, you just have to have some bacon!  I get it, I love bacon myself.  I also make it point to only make it about once every couple months.  The fact is, it’s has a lot more sodium than I like and the fat content is not so great either.  When a BLT calls my name, I answer it!

Can bacon be part of a healthy diet?  The answer is yes, simply because of the animal proteins it contains. If you eat 8 slices of bacon, you will get 37 grams of high-quality animal protein. Vitamins B1, B2, B3, B5, B6 and B12 are added in to the mix as well.  However, you must pay close attention to portions when eating bacon on your diet. You can’t eat 18 pieces of bacon in one sitting and expect your diet to work correctly.

What about Eggs and bacon for breakfast every morning?  Of course, as eggs also contain protein, which will help you jump start your day.  Breakfast is the most important meal of the day! A couple of eggs, sunny-side up (or medium), plus a couple slices of bacon will also help to curve your appetite during the day with the boost of protein you had for breakfast. In turn, you just may lose a little weight in the process, which is never a bad thing. A good amount of protein to start your day, keeps you from craving foods that aren’t really good for you, especially if you are dieting.

As you can see, there are benefits to eating bacon; you just have to be careful how much you eat at one time.  Bacon can be added to pretty much anything these days to add some flavor to your favorite dish. Just remember to always drain off any excess oil, whether its strips or bits, before you eat it.  Nothing is worse than a soggy piece of bacon.

Let us know what you use bacon on, how you cook it and how it tasted.  We love to hear from our fans and get ideas to use later on, to pass on to others. 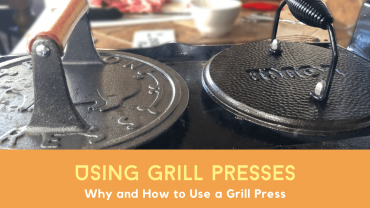