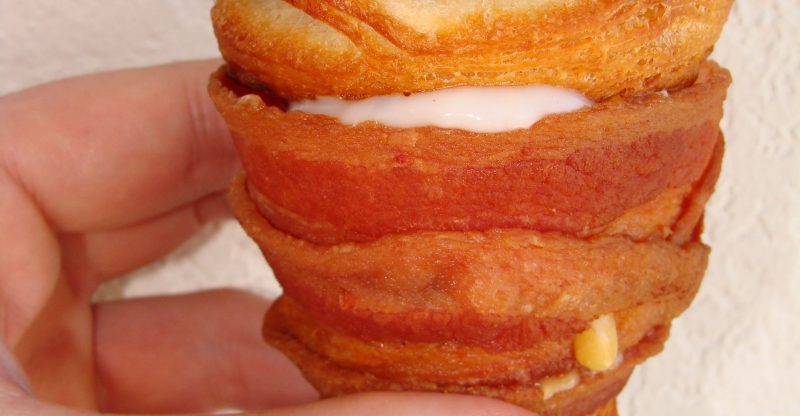 The history behind the Bacone

Or rather the back story on the inventor of the Bacone- Christian Williams and Melissa Tillman from San Mateo, California. What you can say about these two is a real puzzle. They both were active participants in the BANG teams. This is a group of people in the SF Bay Area who are part of a treasure-hunting puzzle game group. The group, aptly named Bay Area Night Game (BANG) devotes their time to search through the night for clues.

Christian, a young guy who stands over 6 feet tall sporting a Mohawk is a formidable team captain. He met Melissa through regular outing teams and both of them hit-it-off. You can say that Christian is pretty adventurous and a foodie to boot. He works at Wikia in his day job and is also a big lover of bacon. He’s always been is curious problem-solver and had the idea for inventing the Bacone before 2009.

This was when it first took the bacon-loving world by storm but took scientific theory to make it work. He had thought to make his bacon cone using meshed wire from a kitchen frying pan screen. He formed it into a cone and used an ordinary staple gun to hold it in place. The bacon would often stick to the mesh wire as it shrank when it was deep-fried. Using regular bacon also would make a cone that was too brittle and paper-thin.

He later found that thick hickory-smoked bacon was best for the job. The real trick came from wrapping the mesh in aluminum foil so it could be removed from the mesh easier. Later he found that the cone shape could be more cone-like with an additional outside cone hugging the bacon. The final result was a bacon cone that was firm enough to hold its shape with the scrambled eggs, cheese, and gravy mixture.

Christian and Mellissa decided it was time to show others his invention to the bacon world. In 2009, the first-ever Baconcamp was held in San Francisco on March 24th. It was organized by bacon lovers from all across the Bay Area. In total 40 bacon-related dishes were offered. The event was covered live on Twitter and also local television reporters. Some well-known bacon judges attended to judge food for the event.

While his invention didn’t win first prize, it did win the category that received: Judges Choice. Many votes were carried out through Twitter as part of an live audience vote-in loved the idea of the Bacone. Since then he has appeared on the Food Network show with Brian Boitano in 2013. There are rumors that this unique breakfast treat may be the next big thing. But unless it gets picked-up by IHOP or Denny’s, it might be a puzzle to figure out how-to-make it faster.

How to make your own Bacone

You can make your version of the Bacone with these simple instructions. It’s very easy and can be a cool appetizer for parties or anytime you want breakfast at lunch or dinner.

The rest is simply adding the scrambled egg, hash browns, cheese and country gravy mix inside the cone. It should be topped off with a fresh biscuit with a little gravy inside to hold it in place. You can use your imagination how you want to add these layers. I think the best is to mix the eggs with the hash browns and some sharp cheddar cheese. You can use your favorite cheese as you wish. The country gravy needs to be classic light breakfast gravy. When you’re done, serve and enjoy. The only hard part is making the cone, but until there’s a better way we’ll all have to wait.

How does it compare to a biscuit and gravy breakfast?

It’s virtually the same breakfast except it’s served inside a bacon cone. The novelty is that you don’t need to use a fork and knife. While I think this hearty breakfast is awesome on occasion, the Bacone can be enjoyed anytime. If you have the patience to make yourself a wire mesh cone set-up yourself, is all that’s missing. The rest can be a flavor explosion that gives any bacon lover quick satisfaction. 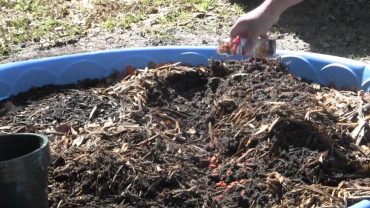